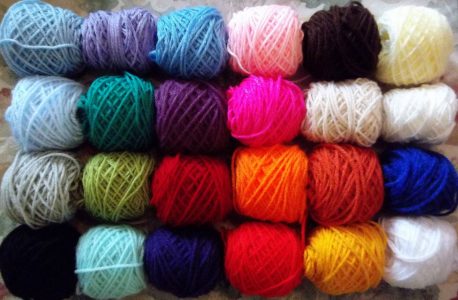 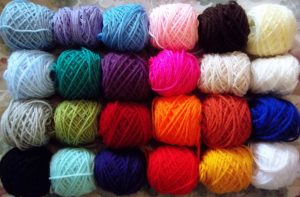 Continuing on from my last story about just beginning to knit and managing a Granny Square (more like a Granny Rectangle) i must say that I have progressed. My friend heard that I had challenged myself to learn to knit and she wonderfully produced this bulk of fabric and yarn for me to play with: 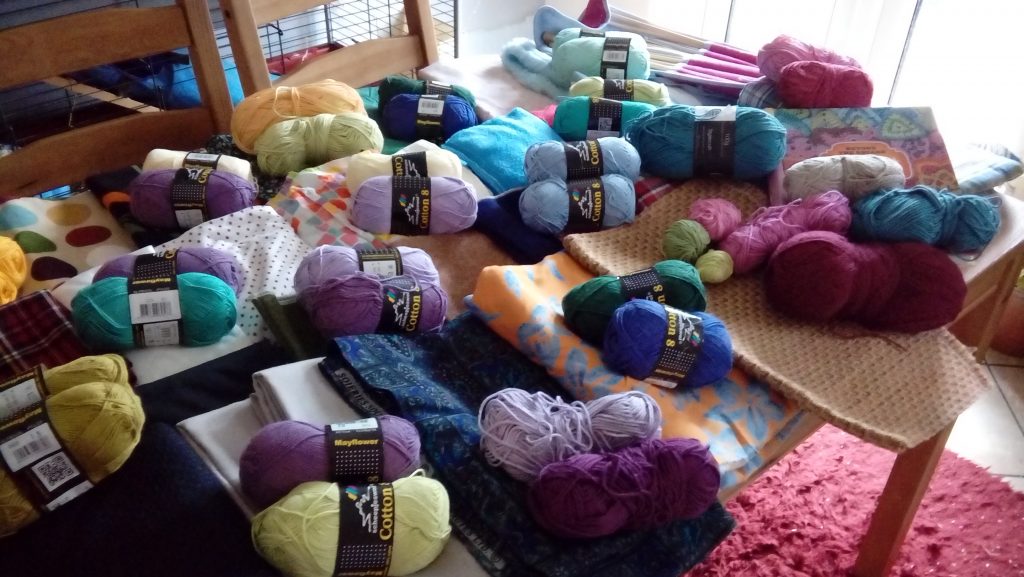 That includes a set of knitting needles, crochet needles and a crochet book. Absolute legend she is. Knitting Challenge Accepted.

I also bought these from eBay: 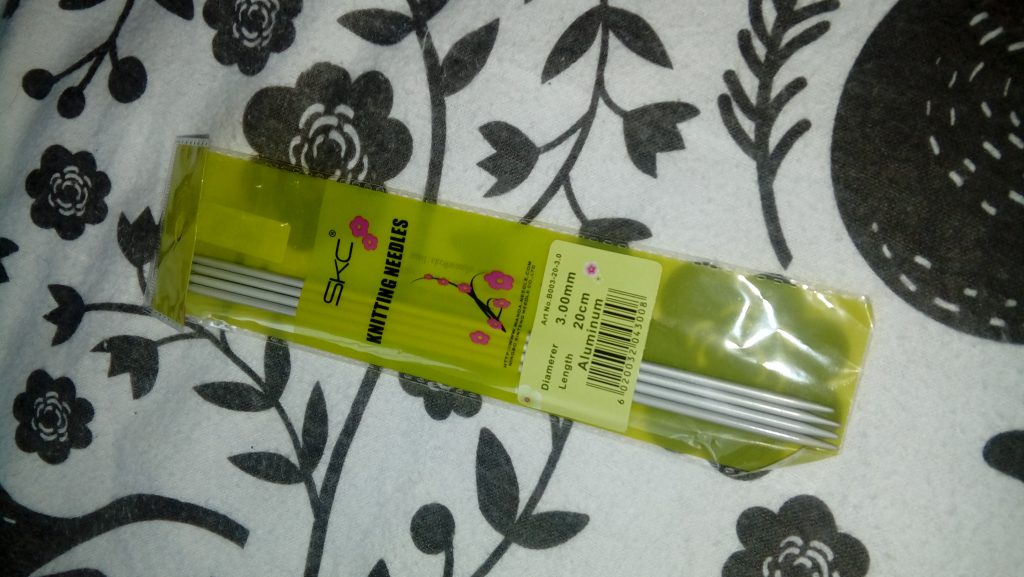 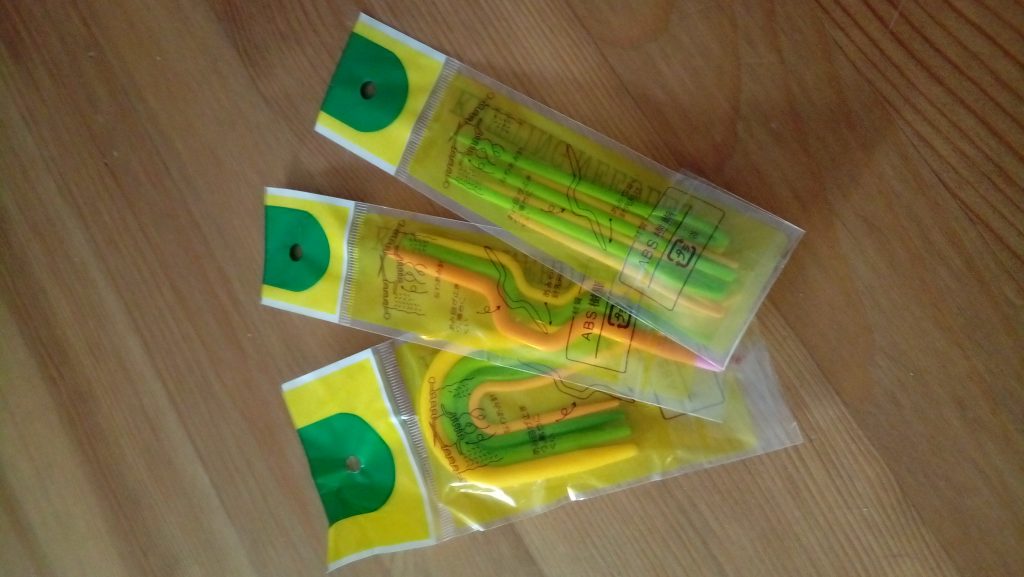 Both of them, 99p including delivery from China. BARGAIN!!! So the top one is a set of four double pointed needles, lovely and smooth, but only 3mm – I could do with a selection of sizes. They are incredibly difficult to get a handle on how to hold them – you’re trying to knit with two of them and the other two are poking you in the hand and face (that may just be me) but I’ve so far made this from it: 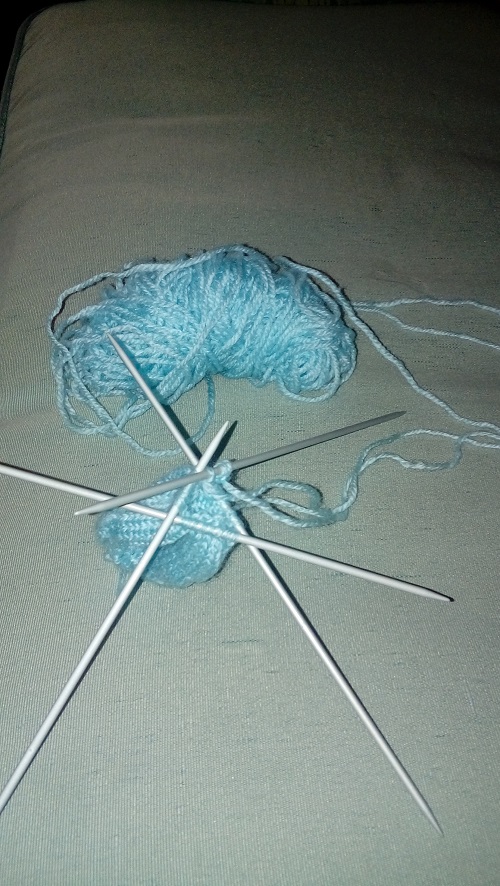 which is a body of a rabbit that will fit in the hand. I started it seven times before getting to this point, and then I continued up to the head and making one of the ears but I messed up the ear big style, meaning I have to re-do the whole head… I have yet to complete this. Maybe I’ve jumped ahead of myself from a Granny Square to four-needle-knitting-in-the-round?

The bottom picture is a set of Darning and Cable needles which are very exciting. The Darning Needles are basically large sewing needles, large enough to put yarn through the eye in order to fasten off work. The Cable Needles allow you to take a number of stitches and hold them out of the way while you continue knitting until they are needed later on. This basically means you can add ribs and other fancy things on to your work. With that in mind, I made this mobile phone holder: 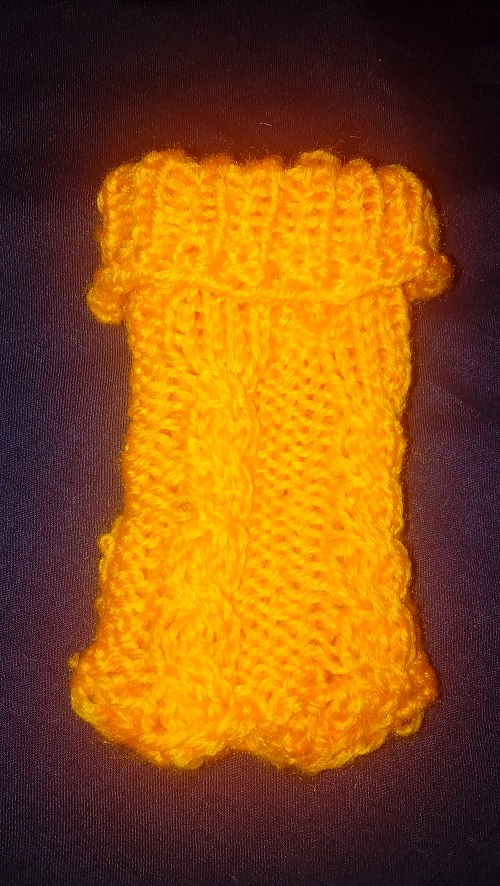 It’s not great but for a first attempt I’m pretty chuffed.

You can follow more of My Story and my knitting and crochet challenges here. 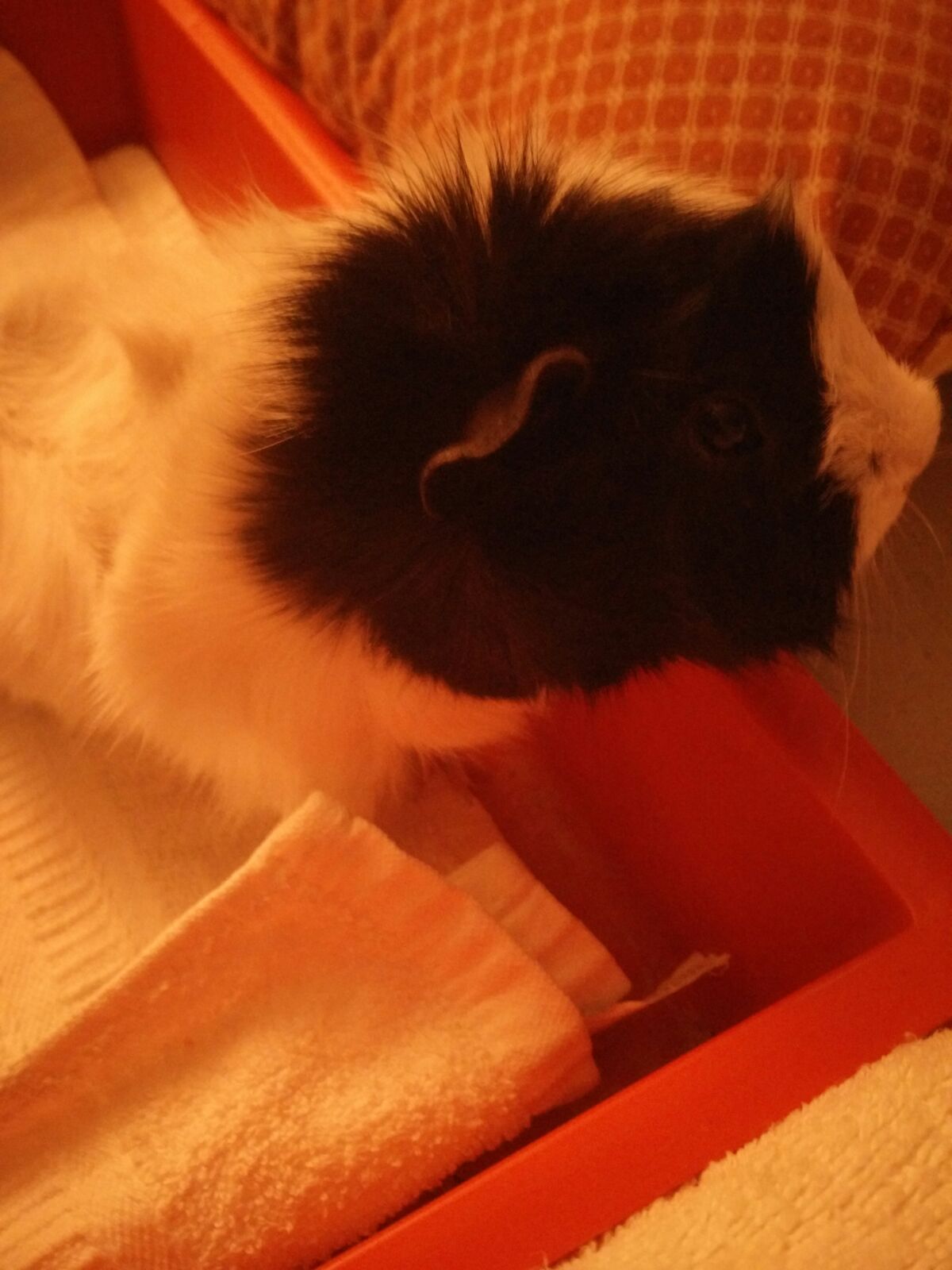 March is Adopt A Rescued Guinea Pig Month, and we certainly did just that.

Our last set of re-homed Guinea Pigs came from a wonderful lady in Blackpool who rescues and re-homes Guinea Pigs (check out her Facebook Page for more information and to donate – she always needs donations of bedding, food and money!). We re-homed three Guinea Pigs from her last time, two girls and a boy, and this time we ended up re-homing two girls.

Here they are! Morse and Lestrade. Morse is an Abyssinian aged 7 Months and Lestrade is a Peruvian aged 1 year. 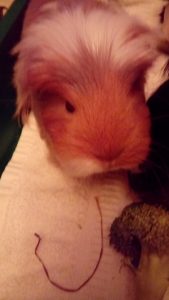 Unfortunately the boy we re-homed last time passed away last month so we are now down to five girls. Mia, Holmes, Columbo, Morse and Lestrade. There’s a detective theme…

Why don’t you find your nearest rescue and re-home shelter and Adopt a Rescued Guinea Pig into a happy home?

To find out more about getting a guinea pig for the first time, see my post on Getting Started with Guinea Pigs or Rabbits to make sure you have everything you need.

To follow more of My Story, have a read here.