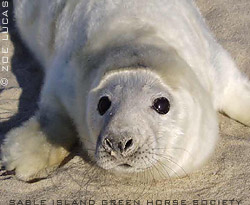 It’s International Seal Day! (according to whatisyourspiritanimal.com) Here are some Facts about Seals

Seals are pinnipeds – sea mammals closely related to sea lions and walruses. There are 33 species of pinnipeds, 19 of which are seals including the Elephant Seal, Leopard Seal, Gray Seal and Hawaiian Monk Seal.

Seals can be found all over the globe on land and sea, spending about 20% of their time on land to give birth and molt. Some species of Seal mate on land, others mate under water.

The Elephant Seal is the largest of all the seals, with males growing up to 20 feet in length. The smallest of the Seals is the Harbor Seal, growing up to 6 feet long. Each Harbor Seal has a distinct patch of spots on it’s body, unique to itself. The most well-known Seal is the Gray Seal, living on both sides of the North Atlantic Ocean. Males can grow to 10 feet long and are usually twice the size of females, ranging in colour from a medium brown to a dark grey.

Seals eat mainly fish but will eat any meat they can get if sources are low, including squid, octopus and shellfish. They need to eat 5% of their body weight per day. If supplies are low their bodies begin to breakdown their internal Blubber for them to feed on but this can not last long as they need the Blubber to keep their body at the correct temperature.

Seals use their ears, if they have them, to hear prey and predators and can do over long distances. They use their whiskers to help find food both by day and by night, as they can sense vibrations in the water.

Here are some clips from the wonderful David Attenborough series of documentaries with the BBC:

Life In The Freezer, Elephant Seals fighting over territory and females: